Intrepid’s RAD-Star 2 is a multi-purpose active tap and media converter for Automotive Ethernet. Using the RAD-Star 2, you can monitor one pair of 100BASE-T1 (BroadR-Reach®) connections, or attach your laptop to two 100BASE-T1 ECUs or other devices. As a gateway to 10/100/1000BASE-TX, RAD-Star 2 makes any standard Ethernet device, laptop, or data logger compatible with 100BASE-T1.

The RAD-Star 2 has two 100BASE-T1 (BroadR-Reach®) PHYs, allowing it to tap a single link between ECUs and/or switch ports. It can also be configured to act as a media converter for up to 2 devices. In addition to its Automotive Ethernet capabilities, it offers 2x CAN FD channels.

The RAD-Star 2 has many features that make it the ideal tool for a variety of applications, including: 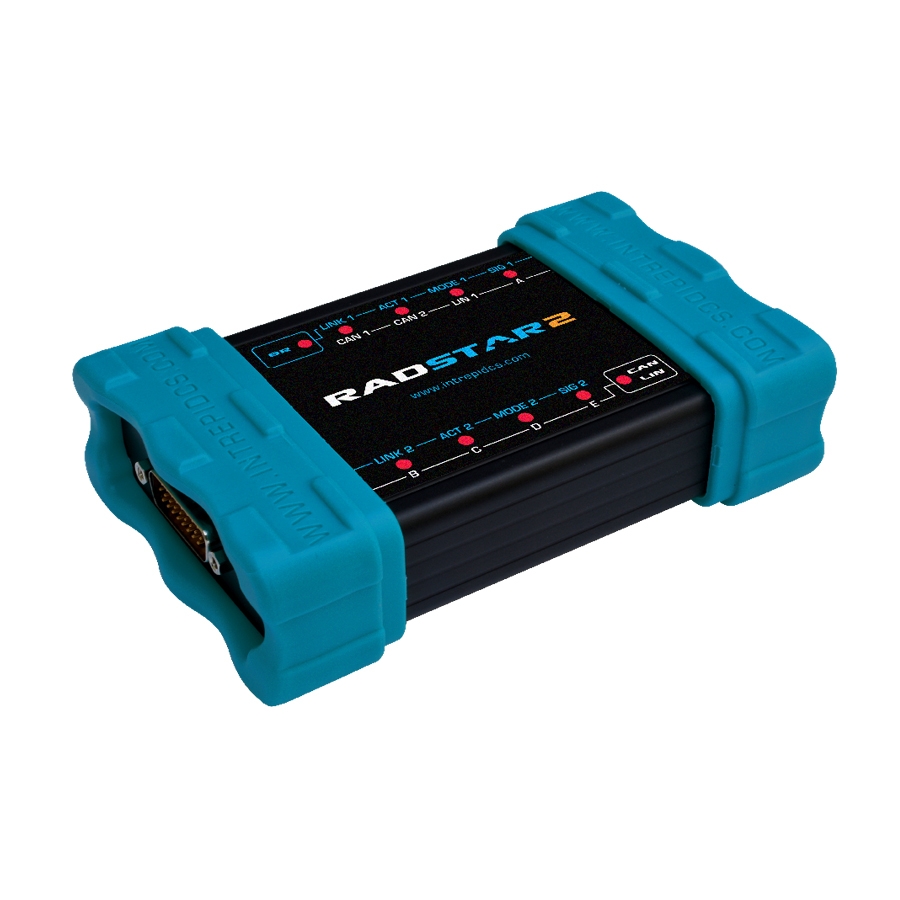 The RAD-Star 2 has the ability to test between two ECUs (hosts) or between an ECU and a 100BASE-T1 switch, plus two CAN FD networks, with up to 10 ns time accuracy.  This makes it ideal for ECU testing applications, as well as port to port and Ethernet to CAN FD latency testing.

A primary use of the RAD-Star 2 is to act as an active tap, transparently interposing itself between a pair of 100BASE-T1 (BroadR-Reach®) Automotive Ethernet devices. These can be either an ECU-to-switch or ECU-to-ECU link. The traffic from each device on a tapped link is forwarded to its partner, ensuring seamless operation of the network. Copies of all messages are also aggregated and sent to the PC over the RAD-Star 2’s Gigabit Ethernet link, where they can be analyzed using Vehicle Spy Enterprise software.

The RAD-Star 2 can also be configured to act as a media converter, allowing a PC to interact with two Automotive Ethernet ECUs. This allows you to simulate nodes, or perform direct diagnostics or ECU flashing. In addition, the “Pure” Media Converter Mode disables encapsulation of messages and allows connections between media of differing bit rates, buffering as needed.

The RAD-Star 2 is best when used with Intrepid’s powerful Vehicle Spy Enterprise software. Vehicle Spy allows you to view traffic on your tapped or media-converted Automotive Ethernet networks, even bad or unrecognized frames, synchronized with CAN FD frames. You can also transmit messages from the PC to Automotive Ethernet ECUs, perform latency testing, ECU conformance testing, and much more.